The best seat in the house? Yours.

It’s been one week since 12 lucky Lobero supporters (and two even luckier staffers) headed out on an epic roadtrip to see Adele at the Staples Center.

To say that Adele has been on a hot streak lately would be a major understatement. The husky-voiced British singer has captured the attention of the world with her classy throwback style; signature winged eyeliner, and emotionally charged songs that speak to anyone with feelings. With her third album 25 at the top of the charts, and a completely sold out worldwide tour underway, 2016 was the summer of Adele.

Adele burst onto the scene in 2008, winning two GRAMMY® awards for her debut album, 19. Her follow-up, 21, was also a huge success, and Adele continued to collect awards and break records. Her newest album 25 was released in 2015 and has already sold over 100 million copies, making Adele one of the best-selling recording artists in the world. Her 2016 world tour quickly sold out, making this opportunity even more exciting.

12 lucky Lobero supporters were able to enjoy Adele’s sold-out show at the Staples Center on August 10, as very special bonus for naming a seat at their favorite hometown venue. Those who dedicated a seat made a valuable contribution to the theatre and got to share the unforgettable experience of the Lobero’s first roadtrip. Guests kicked off the afternoon by getting to know each other and discussing their favorite shows at the Lobero to a soundtrack of past Lobero LIVE artists, and enjoying snacks from C’est Cheese and beverages in souvenir wine glasses. After battling Los Angeles traffic, the gang got to enjoy a catered buffet including prime rib, potato pancakes, and chocolate-covered strawberries. Once Adele took the stage, everyone was primed for a terrific performance. Between her inspiring songs, she posed for selfies, told hilarious personal stories, and proved that she is the most down-to-earth superstar imaginable. 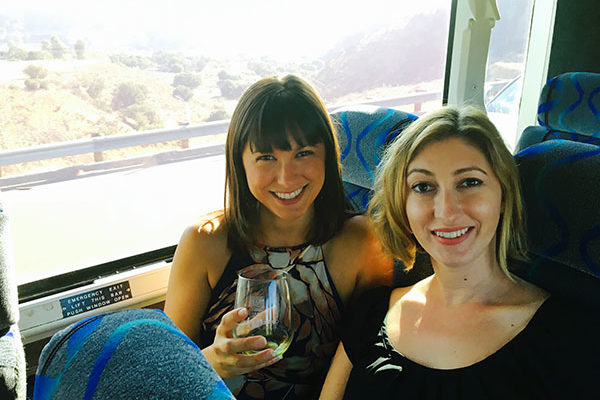 This was the first time that the Lobero Theatre Foundation made this type of offer to our supporters, and the response was tremendous. So much so, that we hope to put together another road trip soon!