By Cecilia Martini-MuthMay 12, 2020No Comments

In honor of National Hospital Week (May 10-16, 2020), we wanted to shine a light on the Lobero’s longtime relationship with Cottage Health.

Cottage Health has been serving Santa Barbara and partnering with the Lobero Theatre for 130 years.

A group of women leaders came together in 1888 to begin the planning to build a hospital in Santa Barbara that would serve the entire community. Two years later, in 1890 the Lobero Opera House was the site of a five-day “Grand Trades Carnival,” a fundraiser to help support the opening of what was then known as the Santa Barbara Cottage Hospital Association. Prior to the Association, the only hospital in town was on Salinas Street and served only the disadvantaged. Otherwise, doctors made house calls and performed surgeries either at an office or on the patient’s kitchen table. The project was spearheaded by Mary M. Ashley, widow of Dr. James B Ashley, and inspired by Santa Barbara’s beloved Lady Doctor on Horseback, Dr. Harriet Belcher, who had long promoted the idea of a hospital and whose death the previous year was mourned by many.

“In the 1870’s, writer Charles Nordhoff declared Santa Barbara a health resort, and soon after invalids came in droves to take the waters of the sulfur springs and recuperate in the salubrious climate. Boarding houses and hotels charged them high prices for the care they needed. There was also a class of residents who lived alone or in boarding houses – teachers, milliners, clerks, etc. who had no one to care for them if they fell ill.”

Due to the lack of resources, 40 dedicated women formed the Santa Barbara Cottage Hospital Association who took on the task of raising funds for the new hospital. The Grand Trades Carnival opened on April 8, 1890 at the Lobero Opera House and after a musical program, patrons browsed through various booths selling items and serving the cuisine with a cultural theme. There was a Japanese booth, a Turkish Bazaar, an American booth complete with a fireplace, and a Spanish booth staffed by the De la Guerra family that sold tamales, pinole, escabeche, oranges, figs, Calabasas, and lemonade.

The evenings to follow showcased concerts, Spanish dances, and processions where business owners and town officers marched through the theater in costumes representative of their businesses. The Grand Finale held on Saturday, April 12, was viewed by a sold-out house showcasing another trades procession that ended on stage in tiered rows with a model of the proposed hospital in front and a final appeal for funding toward the hospital fund. “Thank you, Lobero Theatre, for allowing us to sing, laugh, dance, think and grow together.” – Cottage Health Team The Lobero Theatre is delighted to be able to renew this historic relationship once again and we look forward to continued collaboration for years to come. We are extremely grateful for the dedication of all doctors, nurses hospital staff, first responders and support staff for helping all of us during this difficult time. 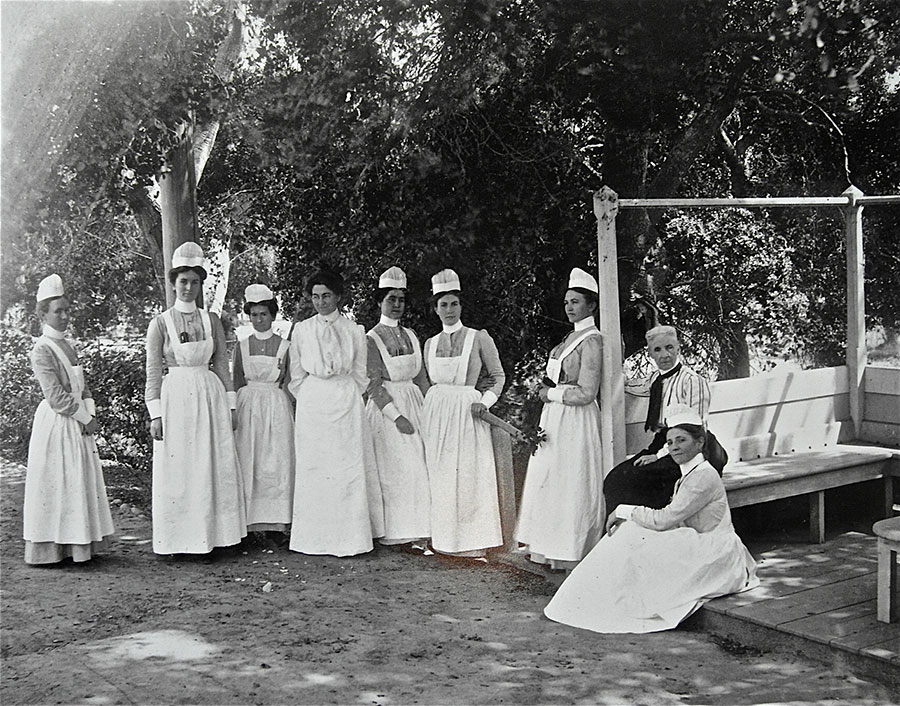 Local historian Hattie Beresford has been writing a history column for the Montecito Journal since 2005. Her research and stories have touched on Cottage Hospital and the Lobero Theatre many times. Her book, The Way It Was ~ Santa Barbara Comes of Age, has a chapter on the amazing Dr. Jane Edna Spaulding, the first superintendent of Cottage Hospital. The book is available at the Santa Barbara Historical Museum, Chaucers, Tecolote, and Read and Post. Read more here.

Learn more about how your company can help the Lobero remain a vibrant part of our community.

Live music and delicious wine are a natural pairing! Fess Parker Winery has been a…

Honey bees are essential workers. They pollinate plants and make our food grow. Without them,…

Oniracom is more than just a marketing firm, they are a home-grown company that understands…